I can’t believe it has been exactly three months since I moved back to Florida from Los Angeles.  I wrote about the transition just two months ago (read that post here: http://stand-uplibrarian.blogspot.com/2012/02/floridian-of-month.html) and now I know that it was one of the best decisions I have made in years.  In leaving, I not only found what really makes me happy, but I also have the support that helps my talents grow in the right direction.  You can have all the talent in the world but without the right team of people lifting you up, it is meaningless.

It is never easy creating something that nobody has ever done before and while my goal for StandUpLibrarian.com was always to educate and entertain people about libraries, I forgot how difficult it was going to be to educate people about who I was!!!  Yes, I am a librarian with a Master’s degree.  Yes, I am a comedian too. Hence the name: Stand-Up Comedian + Librarian = Stand-Up Librarian.

I am also, as everybody should know by now, unemployed!  I created StandUpLibrarian.com to have something positive to do while looking for jobs.  What people don’t know is that everything you see on here I have done myself and I have done it all for free.  FOR FREE!  I might not have money, but I do have time and I think being an advocate for libraries is just as important as working at one (‘Stand-Up’ in my name also refers to standing up for libraries by taking action.)

So you can only imagine how truly joyful and excited I feel at finally seeing all of my work take flight at the Florida Library Association’s 2012 Annual Conference last week.  Two years ago, there was no StandUpLibrarian.com.  I was just a student at FLA about to graduate with my Masters degree from USF.  But this year, thanks to one woman’s kind heart, I was able to come back and perform as the Stand-Up Librarian.  Just her support in that one decision changed everything for me.

In performing, I got the chance to thank the people who have inspired me all these years.  I also got to see and hear a roomful of librarians laughing at my literary jokes.  More importantly, I was able to show those students about to graduate that if I can survive without a library job for two years and still have a smile on my face, anything is possible…you just have to believe it & maybe even create it.

Finally, over at my display table in between hugs and photos, I learned that people loved my literary purses as much as I did…and I SOLD OUT OF THEM!  Today, in addition to writing this blog post, I am sewing more bags for all the online orders (to order one, visit my Etsy shop here: http://www.etsy.com/shop/MeredithMyersDesigns.)  Plus I am responding to emails about possible jobs and fielding phone calls about future performances.  And why?  Because one woman believed in me and gave me a chance. Thanks Linda.

Posted by Meredith Myers at 3:27 PM

Being Fearless with Oprah

So much has been going on that I could write about but I guess I will share the most exciting…I MET OPRAH! 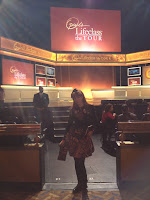 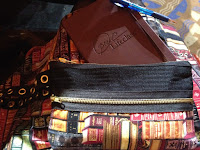 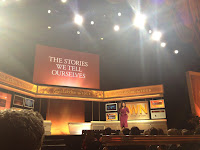 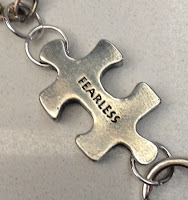 Posted by Meredith Myers at 2:12 PM