Not sure what happened to the last six months. 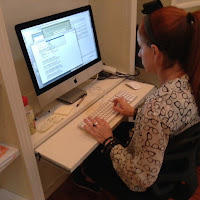 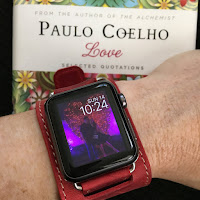 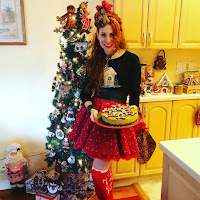 Truth is, I got distracted. By life. Who can blame me really. The past ten years has been full of so many ups and downs that it was nice to finally have a steady income with a regular job to go to. And then thanks to that job, I met someone that I wanted to spend my free time with. When I had any.

I was happy (and exhausted), but I don’t regret a single choice that I made.

Still, in working that job as a cataloging librarian for this guy that had built his own dream library, (where I finally fulfilled my goal of becoming a professional librarian yet had to drive two hours a day to do it), I quickly realized that everything I had built over the past five years was going to have to take a backseat. There just weren’t enough hours in the day (or energy in my body) to continue to perform shows, work on my book, write for Creative Loafing Tampa, and sew purses. Did I mention I was still working one day a week at Barnes & Noble? And volunteering at the Clearwater Marine Aquarium? I never had a day off. I was running myself into the ground. This time, mostly for other people. 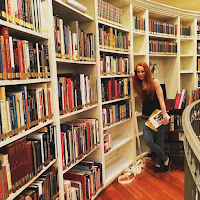 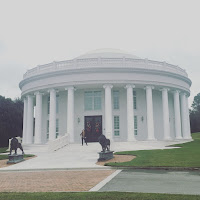 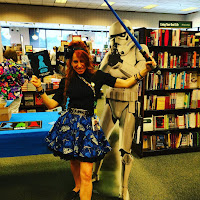 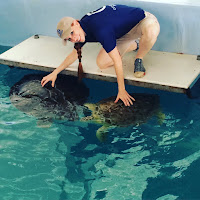 At first I tried to continue to do it all, not wanting to let anyone down (mostly me), but soon discovered that writing articles for CL at 3 a.m. after a long 10-hour work day, followed by making a purse or bow tie for a customer, wasn’t resulting in my best work. Most importantly, it just wasn’t fun anymore. So I took a leave of absence from B&N, CMA & CL. Then took most of my products down from my Etsy shop. My book shoved in a box in the closet.

Meanwhile, the new guy in my life loved taking care of me. And for the first time in my life, I allowed someone to. I stopped trying to be everywhere to everybody and instead fell into the comfort of being in a relationship that mostly consisted of us staying home, cooking, and watching movies. Of course, the holidays were that much better having someone by my side at family dinners and to go do fun things with like tree lightings and trips to Key West and Miami. He was also the first person to discuss wanting a future with me so I started to consider it. It was all so wonderful, like a fairy tale I had cataloged in that beautiful library. 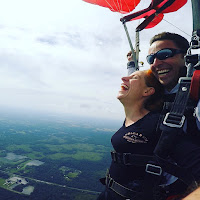 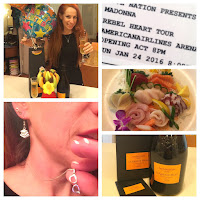 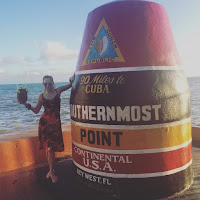 But when my cataloging job was over at the end of the year and I had put away all of the holiday decorations, (not to mention, my boyfriend going back at his job without me being there), I finally got the time to myself that I had been lacking. And, sadly, I didn’t know who I was anymore. I had spent so much time getting caught up in the role everyone else wanted me to play, I forgot about me, and what I wanted for myself. And then the things I thought I wanted – a job at a library, a companion – both took me away from the things that actually made me, ME!

The one thing I was absolutely grateful for was that I had finally paid off the credit card I had been living on the past ten years after deciding to become a librarian in January of 2006. My steady work on the cruise ship and at the library had both taken care of that. I was free. It was a great feeling. I could now start 2016 making choices that weren’t just tied to the debts of my past.

I’m now in the second month of that new journey and so far so good. I’m working a regular job again with great money that also allows me the time to work on my book that I really hope to publish this year. I got back to performing on Tuesday and it felt scary at first, but I soon remembered how happy I am up there on stage telling my silly book jokes and rapping about James Joyce in my parody songs. I also sat at the sewing machine and made a hat to wear at the show. And of course, I’m here writing to you after many many months. Sharing my story. Not necessarily funny, but always honest and real. 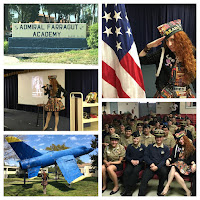 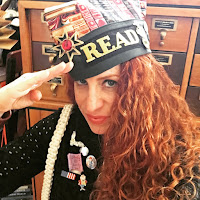 That’s what I figured out.

Life happens to all of us. That is, if we are smart enough to let it.

Sometimes it opens our eyes to things we never imagined for ourselves, other times it acts as a reminder to the things that actually matter the most. 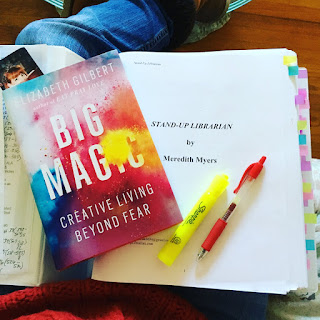