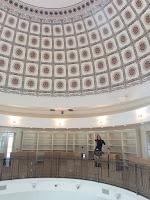 Library before (2015) and after (2018).
In this eighth year of Stand-Up Librarian, I am wrapping things up at the library and trying to decide how to move forward.  I admit to being slightly lost and confused as I have gotten away from performing and writing – things I always thought were pretty important to me – and instead, allowed my on-again/off-again job at the library and my on-again/off-again relationship with my boyfriend to both occupy most of my time. It’s understandable I guess, you think something is done and you start to shift gears and then they pull you back in for one reason or another.  However, now as I sit here for my once a year post, I am ready to put myself first again. I’m just not sure how to do it anymore. I guess I will get back to you next year with the results.

Completing the Gracegate Library this year was quite the accomplishment for so many reasons - most of which weren't included in the two articles written about us (but thanks again to the Tampa Bay Times and Tampa Bay Newspapers for their wonderful pieces.)  After all, the library was my work – every item catalogued, labeled, shelved and loved by me - so as a result, I had become pretty attached to the place over the past three years.  But despite my hopes to have a future here with the place full of people - ideas and plans I offered my boss numerous times as my background is in public relations, event planning and literary/library programs! - he reminded me over and over that he only hired me to catalogue and assemble the library, making it clear to me my work was done...or until he calls me to catalog more things he bought.  Not exactly a gig you can build your life around, right?  So as I put the signage on the walls and made sure all 10,873 items were perfectly in place on the shelves, I took a few photos and walked out the door.  What happened to the place wasn’t up to me anymore.  Like a lot of things in my life right now, I needed to put the experience in the archives and move on.

Thanks to having pretty consistent work for several years, I finally had enough money saved to take my dream vacation to London to celebrate my birthday last October…and I did it alone and it was literary awesome!  I had gotten my Harry Potter and the Cursed Child play ticket almost two years before and booked a tour to visit the film sets in person and both were as magical as this muggle anticipated.  The British Library launched their exhibit Harry Potter: A History of Magic the day before my birthday and as a aspiring writer, what a thrill it was to see J.K. Rowling’s manuscripts and handwritten plans in person.  Of course, I visited the Sherlock Holmes and Charles Dickens museums and had drinks, dinners, and walking tours at so many literary spots. Tea parties at Claridges, Browns and Mr. Foggs were must dos as was seeing my favorite British comedian Ricky Gervais.  It was all a reminder that being alone really isn't so bad after all. 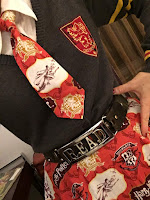 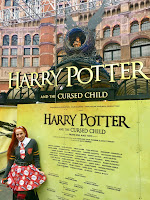 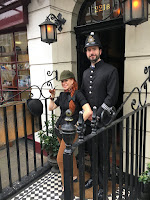 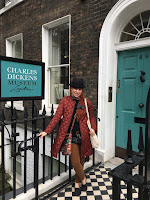 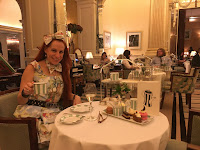 Two other things that have brought me incredible joy over the past year are my cat Finnegan and scuba diving. 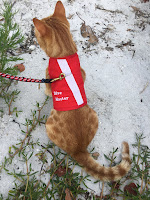 Finn continues to be the best cat ever as he loves the outdoors walking on his leash, spending time with his dog friends and tolerates me putting him in costumes at the holidays.  He truly is a model cat and not just because he works as one showing off my pet harnesses and bow ties at my Etsy shop (my best seller being the Fantastic Beasts harness – thank you my fellow Harry Potter fans!) 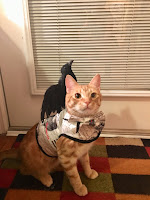 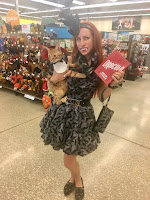 Getting certified in scuba back in March of 2017 was something I had wanted to do for years and now I wonder why I hesitated - I absolutely love it!  In the past year, I have done some twenty dives all around Florida and found beautiful seashells and swam with sharks, sea turtles, and even a Goliath grouper larger than me!  I hope I can continue to explore our oceans for many years to come.  Maybe someone is looking for a Scuba Diving Librarian?  Now that would be cool. 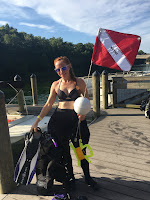 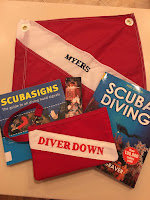 So for now, I will get back to applying for library jobs, sewing my literary (and scuba diving) fashions, and writing a new book (not to mention, editing the one that has been done for years...what a procrastinator, huh? haha)

As always, thanks for joining me on this journey and as the great Charles Dickens' wrote "It was the best of times, it was the worst of times..." 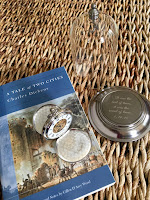