The Book Slot is to the Left 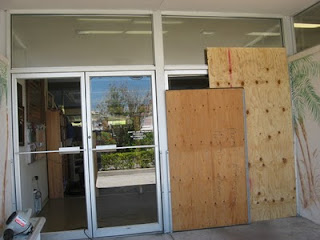 It has been a whole week since our big Memorial Day Blow Out at the library and I am still exhausted at the thought of it. No, there wasn’t a gigantic book sale consumed with endless donated copies of “Twilight” (who hasn't read this thing?) But get this - we had an actual shooting...with guns…at the library! Thank Dewey it was Memorial Day and the library was closed so no patrons or book carts were harmed. But for Carnegie’s sake, who in the Harry Potter thinks it’s cool to celebrate a holiday remembering war heroes by then shooting out the glass doors of the local public library?

Dear Idiot that shot my library,

Oh I get it, my display table of Memorial Day materials was taunting you through the locked doors and you just had to get that copy of “Widow of the South” before your friend’s barbeque. Or maybe you just had to return that “Blades of Glory” DVD before you were charged a late fee of 35 cents. Listen tough guy, the book slot is located on the left, and while times might be tough right now, there’s no Civil War happening out here in this quiet retirement community, so you going all gangster on a branch library with like four slow computers and a broken air conditioner in the conference room, isn’t going to make anybody think you are some version of John Dillinger.

Instead, you are going to look like a big moron because you just went all barbaric on your own house. That’s right – the library is your home too. Unlike those trendy clubs that can enforce the whole velvet rope and dress code to keep your childish activities to the local mall, the library is available to everybody so says the American Library Association’s Library Bill of Rights that states “A person’s right to use a library should not be denied or abridged because of origin, age, background, or views.” Personally, I think they should have also added “…and yes, even those idiots who mistake the library for a scene from the video game Gears of War.” So, did you get that genius? It is actually your right to use the library and the vast amount of materials inside of it…for free…anytime you want, but listen, even librarians need a day off - so deal with it. Go get a snow cone. Or make a video for YouTube that nobody is going to watch. I don’t care. Just leave my library alone.

So again, way to go, jackass! Now money that could have been spent on library materials that would inspire and educate you to actually do something with your life (or to purchase Gears of War 3, which I heard is also pretty cool), now has to go to replacing those doors, which were already open to you in more ways than you realize.

P.S. Please don’t shoot the messenger, the sheriff, or anybody for that matter. Just pick up a book.

The Library Bill of Rights:
http://staging.ala.org/ala/aboutala/offices/oif/statementspols/statementsif/librarybillrights.cfm